Most of you know my story.  I got into the martial arts because I got attacked when I was fourteen. 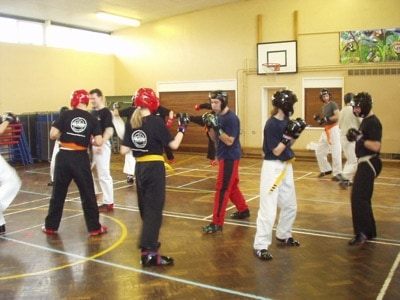 I was never any good at martial arts at the very start.  I could easily have quit, just like all the friends I started Tae Kwon Do with some thirty-five years ago.  Had it not been for the fact that when I got attacked I didn’t have the first clue what to do and I wanted to ensure that should I ever be unfortunate enough to find myself in the same situation again, it would be nice, second time round, to know a little more ‘self-defence stuff’, than last time.

The ‘lightbulb’ moment that really put everything into place for me came from watching my Tae Kwon Do Instructor, Master Ian Ferguson, compete in the Tae Kwon Do World Championships back in the late 80’s.  Watching these awesome athletes was mind blowing and I remember wishing I could be as good as them.  And that’s really the moment when my life changed.  I was about 16 years old.  I remember thinking ‘If I just trained harder, applied myself more, I might just get better at this’.  Applying myself and working hard was the key and a doctrine I now try to instil in my own children and all the children that I’m fortunate enough to teach.

As far back as I can remember I always knew that one day I would start my own little martial art school.  I loved the martial arts with a passion and regardless of all the other ‘fads’ that have come and gone in my life, martial arts has always stayed with me.

Not long after getting married Sam and I decided to start a little martial art school on a part-time basis at St Edwards Middle School in Windsor and after a few months of planning, we opened for the very first time on 11th June 2002.

We had no students turn up.

Thankfully we had a few friends that came along but for several weeks that’s all we had — friends posing as students.  We didn’t know if it was ever actually going to take off.

In an attempt to try and recruit new members I decided to pound the pavements, a pile of leaflets in hand pushing home-made flyers through every door in the Windsor area.  It took hours each day, but it had to be done.

Nowadays, with the advent of Social Media, marketing is so much easier.  Most of our marketing comes through recommendations, word of mouth, social media and our website but back in 2002, there was no such thing as Facebook.  We spent money that we didn’t really have on newspaper adverts, adverts in local magazine and anything we thought might help to build the school.  It cost us a small fortune.  We had to dip into the little savings that we still had left after our wedding in order to do it but slowly, and surely, the school grew.

I was still working at the time but I remember having thirty students across the two classes we ran and if we could just get that up to sixty, I could quit my day job and go full time.

So, as much as I could, given that I still had my proper job to do as well, I’d head out on the streets every day and push more flyers through more doors and put more adverts in more newspapers and do everything I could to get the Blaze name out there.  For the first six months pretty much all I was doing was working and all of our profit went on advertising, equipment and hall hire.

Sam would do a full eight hours at her day job and then meet me down at Blaze to help out on the front desk.  I would spend as much time as I could marketing, or writing lesson plans, or putting students on the books, or taking them off or writing the Blaze grading syllabus or doing all the other ‘behind the scenes’ stuff that no one sees.

But slowly and surely, the school grew bigger… one student at a time until in December 2002 I was able to finally hand my notice in and go full time with Blaze.   It was a momentous occasion.

And of course, we had no coaches back then either.  Coaches and staff didn’t come along for several years later.  If you start a coffee shop, you instantly have staff members from day one but not with a martial art school.  With a martial art school, staff members need to be grown, from within and they need to live and breathe your values and ethics, and this takes time.  Often years.  For the first few years we did everything ourselves.  Holidays were a distant memory.  Even now Blaze still comes first and holidays or weekends away are things we manage to squeeze in when and if we can. 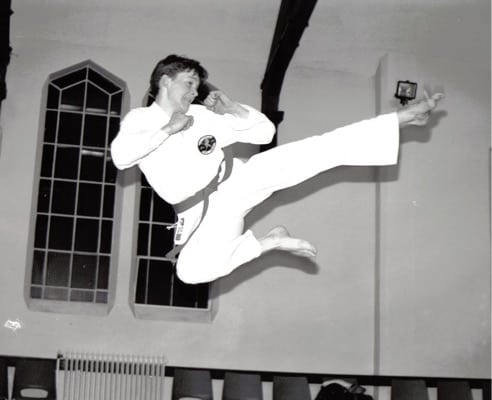 Blaze is eighteen years old today and we now have three very successful schools under the Blaze banner and an affiliated school under the name Razor Martial Arts but none of that came without huge effort and a huge risk.  I gave up a well-paid, secure job that brought with it a company car, credit card, mobile phone and expense account but we took that risk and work so incredibly hard that eventually, it paid off.  Failure was not an option.  It couldn’t be.  My daughter wants to work in the entertainment industry and I once read somewhere that it takes at least ten years to become an overnight success.  It’s just the same for anyone starting their own business.

Sam and I are very proud of what we have achieved.  There have been some tough times.  To be honest, it’s never been smooth sailing.  Even now there are challenges we have to face every day, hoops we have to jump through and fires we have to fight, but that’s all part of life.

Thank you to all my students, staff members, parents and carers, past and present for sharing this incredible, life changing, journey with us.  It’s been a blast!

BACK TO BLAZE BLOG
PREVIOUS
NEXT